From the CEO's Desk

The MiteXstreamTM Edge: use through the day of harvest without concern for residual “pesticide” violations, including in state cannabis testing. MiteXstreamTM is the foundational element of the company that carries vast potential worldwide as a highly effective, safe and extremely cost-effective replacement for many traditional “poisonous” pesticides.

December 16, 2020
MiteXstream has achieved EPA Pesticide Registration from the Biopesticides and Pollution Prevention Division of the Office of Pesticide Programs EPA Registration No: 95366-1
Federal Insecticide, Fungicide, and Rodenticide Act (FIFRA) 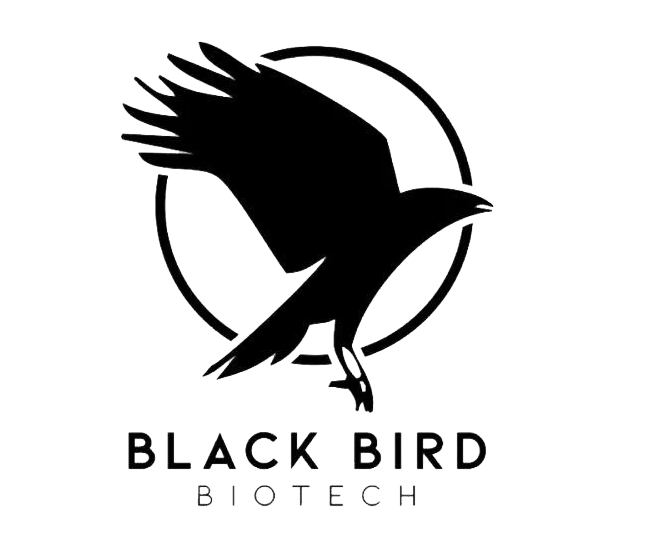 EPA Pesticide Registration from the Biopesticides and Pollution Prevention Division of the Office of Pesticide Programs EPA Registration No: 95366-1 Federal Insecticide, Fungicide, and Rodenticide Act.

MiteXstreamTM is a pesticide, but it is not a poison – it is a pesticide re-imagined. With chemical action created by a proprietary technology, MiteXstreamTM physically destroys pests and their eggs, as well as molds and mildews.

Testing. To gain biopesticide certification by the EPA, we were required to complete two standard tests: Acute Toxicity Test and Storage Stability Test. These tests were performed by an independent third- party laboratory, STILLMEADOW, Inc., Sugar Land, TX, and, together, lasted approximately 3 months.

Accelerated Storage Stability with Corrosion Characteristics Test. Because it was determined that MiteXstreamTM was qualified to undergo an abbreviated testing regimen, this test lasted for 14 days. The test was conducted with MiteXstreamTM in its intended commercial packaging; was conducted in compliance with Good Laboratory Practice standards; and was conducted at 54 C +/- for 14 days.

Origin Story. The President of Black Bird Biotech, Fabian Deneault, as a licensed grower of medical marijuana (MMJ) in the State of Montana encountered infestations of spider mites on his plants. To combat the spider mites, Mr. Deneault developed the MiteXstreamTM formulation.

Effectiveness. Black Bird Biotech has determined that, when mixed with water at the prescribed dilution rate, MiteXstreamTM is extremely cost-effective in killing mites and similar pests, including spider mites and their eggs, and eliminating molds and mildews, with no risk of plant damage.

Independent Lab Testing—Cannabis. Based on independent lab testing, users of MiteXstreamTM are able to treat their cannabis (marijuana) plants through the day of harvest and still satisfy state-level pesticide testing standards.

Stillwater Labs, an Olney, Montana-based medical marijuana testing facility, concluded its testing of a cannabis sample treated only with MiteXstreamTM . In addition to testing for pesticides prohibited by the State of Montana, Stillwater Labs also tested for pesticides prohibited by the State of Oregon, the most stringent state-level marijuana testing standard. The results of this testing, presented as being measured in parts per billion (PPB), are set forth below. 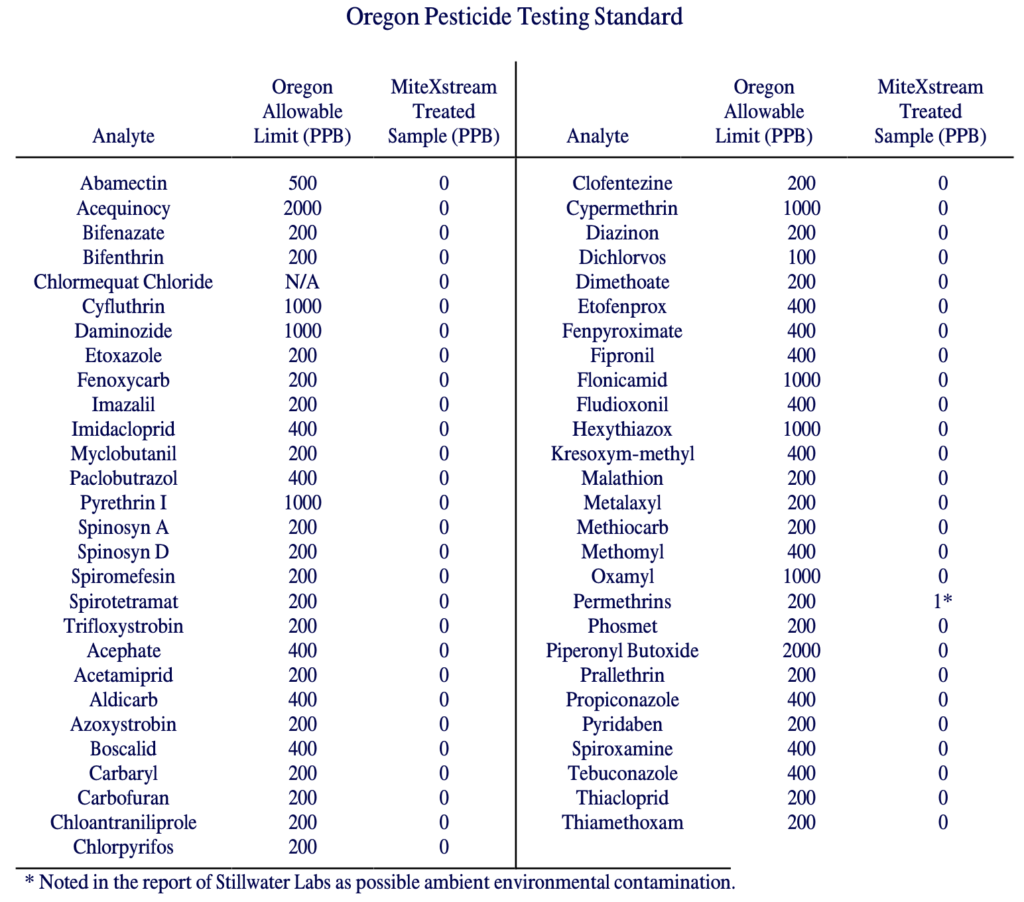 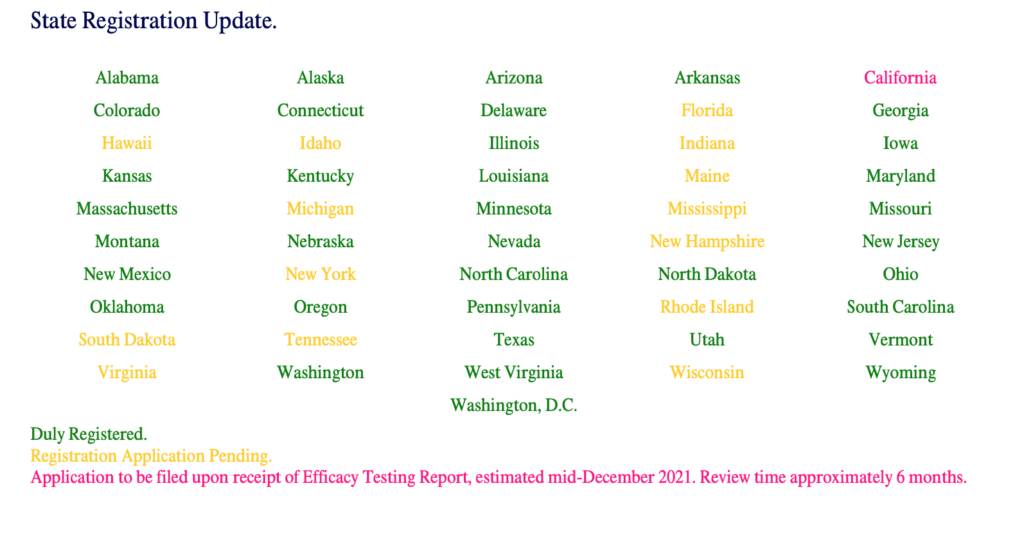 From Two Years of Testing to First Customer. Dylan Matteson, owner of We’D, a Montana-licensed Medical Marijuana Dispensary with locations in three cities, recently told Black Bird Biotech, “Following nearly two years of testing MiteXstreamTM in our grows, and watching the test plants grow free of spider mites, molds and mildews, and grow more robustly, we are excited to be able to purchase MiteXstreamTM and use it in all of our indoor grows, knowing that we can safely apply through the day of harvest and still pass state testing. And being the first official MiteXstreamTM buyer makes it even more special. This is an amazing product, bottom line.”

Summary. Black Bird Biotech has accelerated its planned fourth quarter sales and marketing efforts that are intended to bring much-needed crop protection to the dynamic cannabis industry, one that is expected to grow to $45 billion by 2025 [Source: Brightfield Group]. Black Bird Biotech has also initiated efforts to establish international sales channels, including in China, Hong Kong and neighboring countries (a focus on tea and tobacco crops) and Central American countries (a focus on banana and coffee crops), where annual mite damage to crops can be extensive and expensive to growers and farmers.

As the developer of MiteXstreamTM and President of Black Bird Biotech, Mr. Deneault knows of no competitor that delivers the unique performance standards of MiteXstreamTM and remains convinced that MiteXstreamTM will quickly prove to be a game changer for a great number of crops. Mr. Deneault recently stated, “We are excited to get this great product into the hands of growers and our country’s great farmers, as wells farmers around the world.” 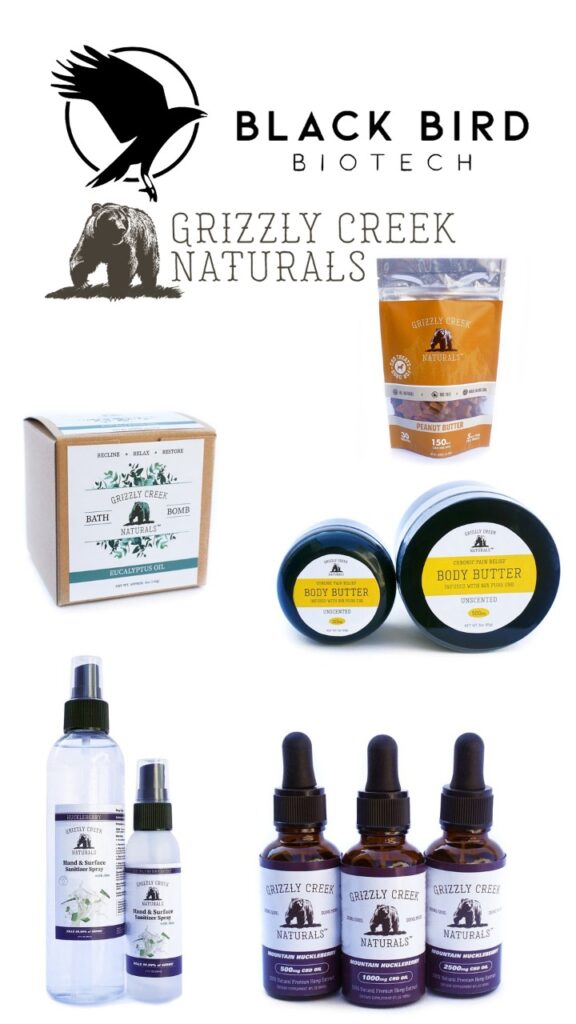 At 16, my youngest daughter, Samantha, suffered a medical mishap that left her in a coma for 3 weeks. She spent 4 months in ICU on life support.

After 6 months and multiple surgeries, she was released from the hospital, with many, many medications, including a very strong opioid.

After many months of unrelenting pain, her doctors prescribed a fentanyl patch. I brought her home from the appointment. And went to run the store.

When I returned home, Sam was not breathing. She was blue. I called 911 and started CPR. Thank God, I was able to keep her alive until paramedics arrived.

They made it to the hospital in time to reverse the Fentanyl overdose. 3 days later, Sam said, “Dad, I know you are anti-marijuana, but I want to try it to control the pain. I can’t do opioids anymore. They will kill me!”

So, I began researching how best to provide the marijuana for her. I had heard horror stories of providers using dangerous pesticides and spiking their marijuana with things like formaldehyde.

I found the answer: in 30 days, I was a licensed Medical Marijuana (MMJ) provider growing this medicine to help my daughter.

And it worked! It controlled her pain! I loved helping Sam . . . and others in need safely. After a pain-free year using marijuana,

Sam was working at a local horse rescue. She asked about using CBD to help with their pains. I purchased some CBD and we tried it on the horses with great success. Sam tried the CBD instead of the MMJ.

It relieved her pain just as well!! Due to my aversion to artificial additives and preservatives, I began making my own CBD Oil for Sam. I continued to research and test my creations.

I settled on Olive Oil infused with CBD using a proprietary method – this kept it as natural as possible. And Grizzly Creek Naturals was born.

Now, all this time, I grew MMJ. And I struggled to keep my valuable crops from getting infested with spider mites.

These mites can destroy a crop in just days. And no safe pesticide or remedy worked. So, out of some desperation,

I began re-formulating a proprietary plant-based degreaser product developed by our team for use in industry – and started experimenting.

Soon, I settled on a formulation that killed the spider mites but not the plants! And MiteXstream Biopesticide was born.

That is my story.

And this is Grizzly Creek Naturals.

At Black Bird American Hemp, we are not satisfied processing hemp into beautiful piles of raw materials. No one benefits from that. We’re simply committed to taking these beautifully decorticated piles and injecting hemp-based products into the American markets. Local Montana communities will benefit; Montana farmers will benefit; and ultimately, all of us benefit from a future made more sustainable.

Industrial hemp is grown specifically for industrial use, and should not be confused with the psychoactive effects of traditional marijuana. Instead, Industrial hemp focuses on the use of the hemp plant material, which is composed of the stalk, seeds, and leaves of the plant and marketed as a seed, fiber, or dual-purpose crop. Because hemp is such a versatile plant, there are many applications for use, ranging from clothing, paper and beauty products to health food, building materials, biodegradable plastics and biofuel. 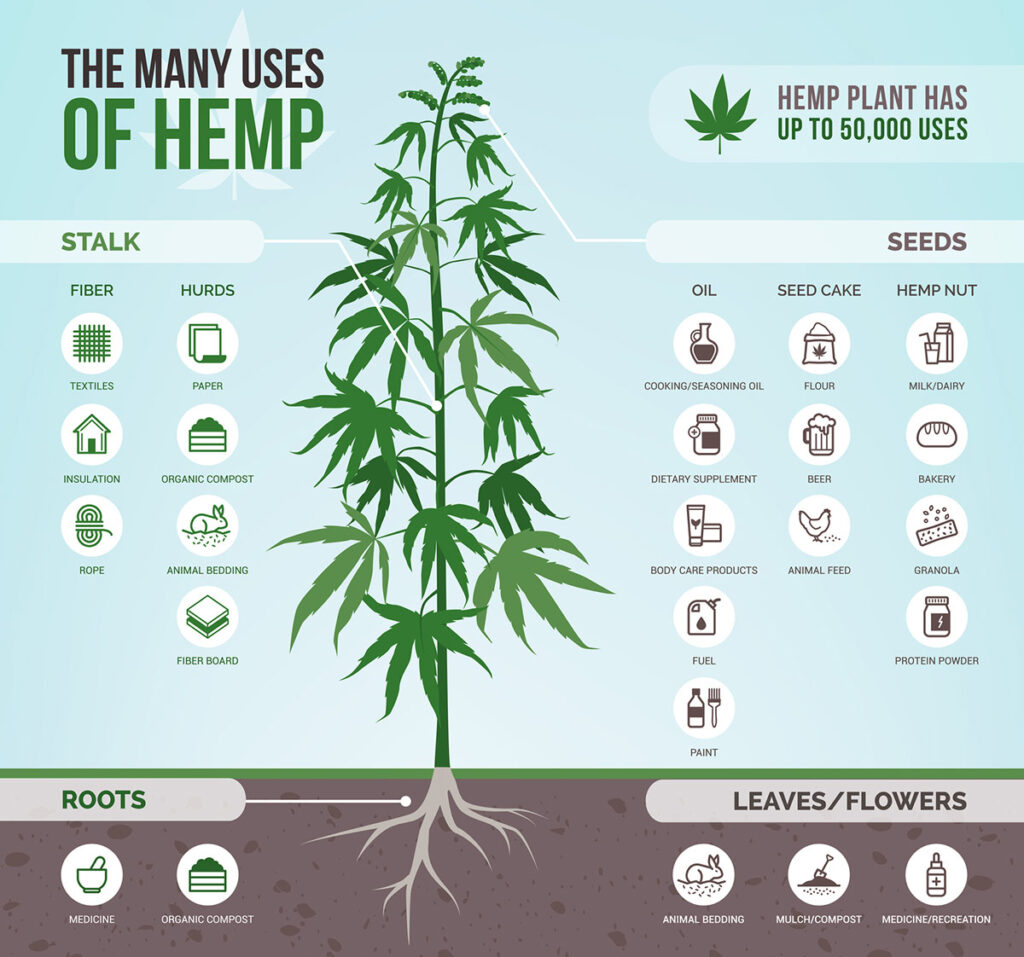 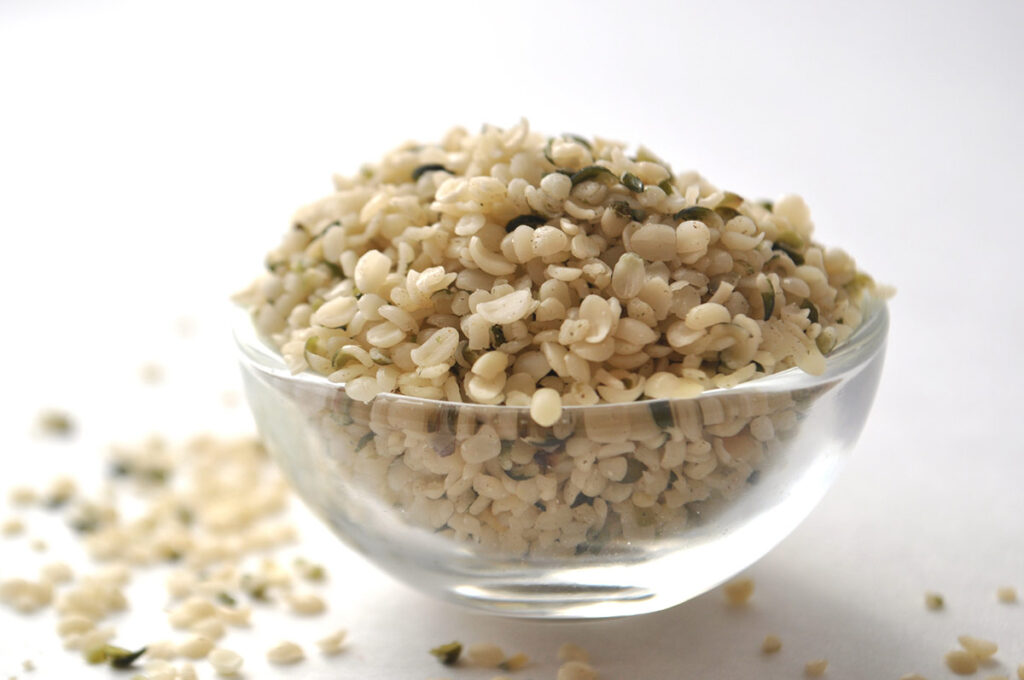 Our Montana, USA-grown Hemp Hearts, the delicate, protein- rich super food protected within every hemp seed, are nutrient dense and naturally gluten-free! Each serving delivers a beneficial 3:1 ration of Omega 6 to Omega 3 fatty acids, as well as nine essential amino acids, important antioxidants and other vitamins and minerals. Enjoy right out of the bag or as a topper to your favorite salad or even the morning smoothie.

Black Bird Biotech (BBBT) is positioned to exploit market segments with powerful, re-imagined biotech products. BBBT’S EPA-registered biopesticide, MiteXstreamTM, eradicates spider mites (a lethal pest in cannabis, grapes, hops, coffee, strawberries and other agricultural crops) and eliminates molds and mildews. MiteXstreamTM is a pesticide, but it is not a poison – it’s a pesticide re-imagined.

The MiteXstreamTM Edge: use through the day of harvest without concern for residual “pesticide” violations, including in state cannabis testing. MiteXstreamTM is the foundational element of the company that carries vast potential worldwide as a highly effective, safe and extremely cost-effective replacement for many traditional “poisonous” pesticides.

MiteXstream™ eradicates mites and similar pests, including spider mites — a lethal pest in cannabis, grapes, hops, coffee, strawberries and many other agricultural crops — and eliminates molds and mildews.

MiteXstream™ is a pesticide, but it is not a poison in the traditional sense – it’s a pesticide re-imagined.

Use MiteXstream™ through the day of harvest without concern for residual “pesticide” violations, including in state cannabis testing. 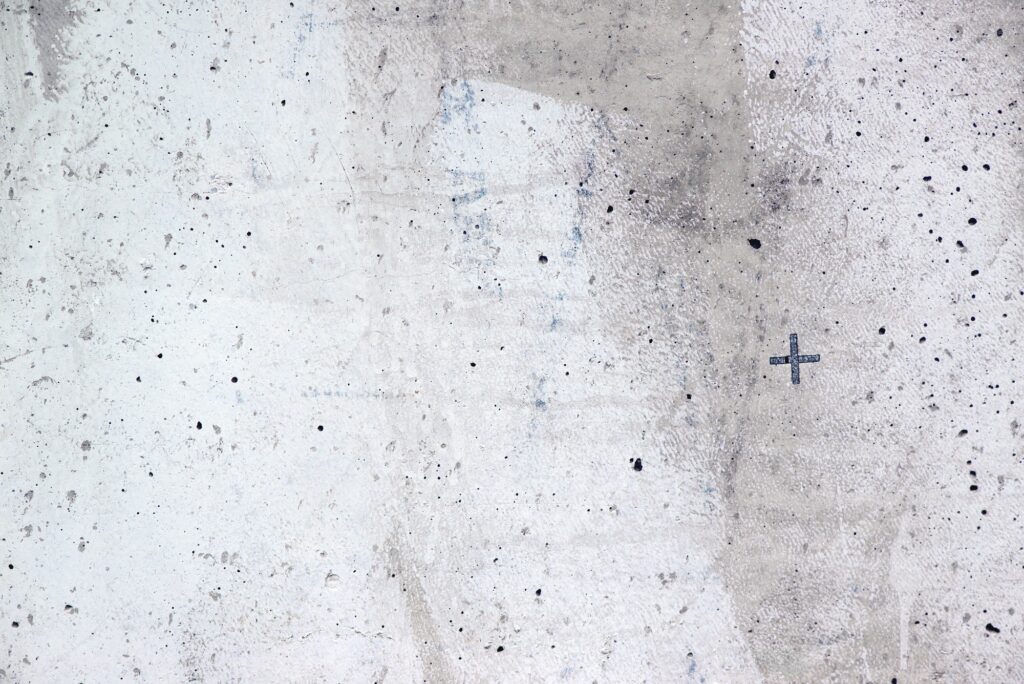 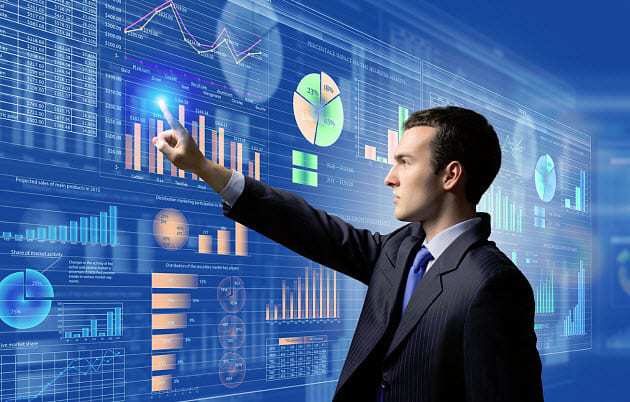 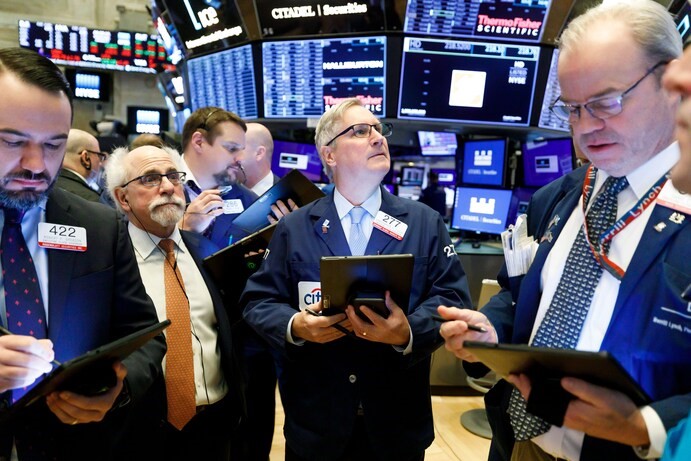